NEW ADDITIONS MAIN CHANGES AND IMPROVEMENTS
- Added mission replayability, only the Ultor missions can be replayed for now.
- Added a new grenade: Plasma Bomb
- Added an even harder Kanto connection mission.
- All new pickable objects from previous update, now has names.
- Sunnyvale Gardens Fishing Dock is a 3rd Street Saints Stronghold now.
- Changed up the insults and compliments, the new insults are - Shadow Box and Curl, the new compliments are Breakdancer Poplock and Breakdancer Backspin
- Bug with Firebomb's effect not showing up should probably be fixed.
- Cleaned up large chunks of unneccecary code.
- Removed camera shake from burn outs and when using nitro.
- Restored a broken/unused camera shake when the player crashes car into objects.
- Changed Tornados rocket trail effect.
- Some gang names have been colored in places.
- Some minor adjustments not worth mentioning.
- Meteor showers will appear more ofthen now during night.
- Metal doors can now only be disloged and not destoyed with explosives.
******************************
Changelog for 1.8.6

NEW ADDITIONS
Wooden, metal, plastic and some additional glass doors can now be destroyed
Dozens of new small objects can now be picked up.
CHANGES AND IMPROVEMENTS
- Removed newspaper clippings from when missions get completed.
- Fixed Issue with recruited motorbike and boat cops repeatedly jumping out of players vehicle.
- Fixed flaregun's aim.
- Did some minor texture and text changes.
- Rebadeaux Red light district is now 3rd street saints territory
- Player will now revive allies with a kick.
- All level object lifetime drastically increased to 4500 seconds.
- Nuclear plant's name will show up on the map again when scrolled over it.
- Fixed some zombie animations, so they are more zombie like.
******************************
Changelog for 1.8.5

New Content
-Added flare gun.(will need adjustments in later update)
-Added police squad backup to be called on the phone.
-Added Phillips Building as a crib.
-Added the cut objectives of Poseidon alley docks mission
-Added additional 3rd street saints mission
-Added additional The Brotherhood mission
Reworked Content
-Danes Picture distribution is now only one level.
-Prison uprising has been reworked, reward is Troy as homie.
-Hitman activity reward has been changed from grenade to infinite pistol ammo.
Retexture and minor tweaks
-XS-2 magazine size increased from 12 to 24
-Player now faces the police station directly when loading up a save.
-Main menu powered by Gentlemen changed to powered by Ultor.
-Fixed bug that caused game crash upon firing the weapons inside stores.
-Some other minor changes, and adjustments.
******************************
3 new alcoholic drinks and smokes

Help Dane Vogel show his pictures around.
The activity is just one level.

Can be accessed by the TV in the police station
Fight hordes of prisioners, progress waves by killing the prisoner leaders.
Leaders can be easily spotted as they are way larger than normal prisoners and can only slowly walk.

Dual nightsticks - A weaker form of dual katanas.
Smoke grenade - Stuns enemies using smoke.
Flare gun - Shoots flares that sets people on fire.
Stun grenade - Has the effect of the stun gun but in grenade form and can stun multiple people at once.
Timed explosive charge - Pretty much a mini nuke in grenade form.
Firebomb - Basically a molotov cocktail but with way wider range of fire blast.
Tanyas pistol - Using a leftover Tanyas pistol model from Saints Row 1, this gun will deal small damage per bullet but will shoot at a high rate.
XS-2 Ultimax - Thanks to Ultor technology this gun will stun its targets, at the cost of reduced damage.
Silenced pistol - Firing sound has been changed for this GOTR weapon.
.44 Shepherd - Fire rate has been increased, but damage has been decreased.
Stun gun - Can now be dual wielded, has a longer range of fire but shoots slower than the GOTR variant.
AR-50 w/Gas Grenade Launcher - The Ar-50 has 2 variants now, one is the regular one that shoots explosive grenades the other shoots gas grenades that disorients npc's, making them easier to kill.
----------------------------------------
Collectable Ultor stashes to unlock various outfits. 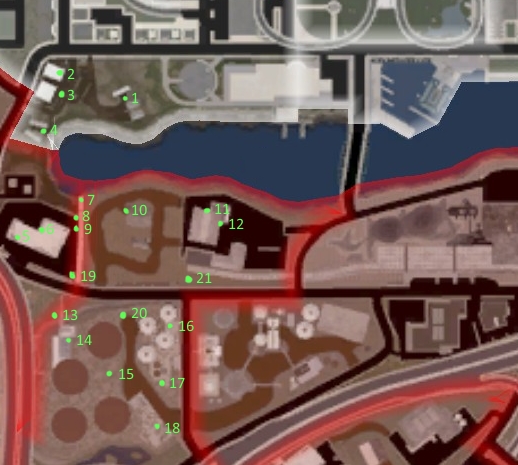 Put the files of the folder "the mod" into C:\desktop\Gentlemen_of_the_Row_Saints_Row_2_Super_Mod_v1.9.2\optional_mod_stuff\1-MODDERS_-_PUT_YOUR_OWN_PERSONAL_MODS_HERE

Then you run "Create_Custom_GotR_v1.9.2.exe" It will create 3 files in the MY_CUSTOM_PATCH folder.

Copy and override those files into the games directory where the SR2_pc.exe is.

I modified one of your files so the default outfit is more like the GotR Masako outfit (armor pads and logo). Feel free to use it, or use as reference.

Edit 2018-04-17: add new file that should remove armor pads from all Masako members. I haven't tested it, but I know mods for SR2 generally just work. So this should work... 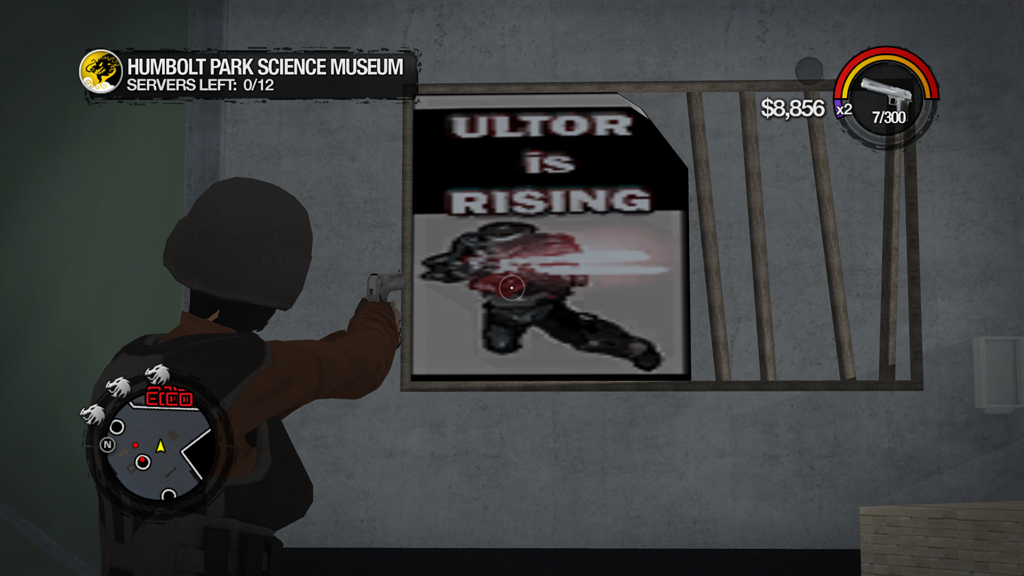 MLVNRT said:
I modified one of your files so the default outfit is more like the GotR Masako outfit (armor pads and logo). Feel free to use it, or use as reference.

I hate the shoulder pads and knee pads, they just don't look that great, thats why i don't use them. But i do need the Ultor logos, thanks , will use those in the next release, i added your name in the credits section of my mod post, above the attached files
My Youtube channel: https://www.youtube.com/masakoteam

MLVNRT said:
I modified one of your files so the default outfit is more like the GotR Masako outfit (armor pads and logo). Feel free to use it, or use as reference.

mm will try to fix the vendor , probs has to do something with my alcohol and smokes mod
My Youtube channel: https://www.youtube.com/masakoteam

I've always wanted to see the notoriety bar fill up with Fleur De Lis, be a part of the other gangs to have missions against the others, very interesting.
Saints Row 1 had this prologue where you weren't a part of the Saints yet, imagine if you had the option to join any of the other gangs and defect. That added layer of politics within the game really expands it quite a bit, and it's very smart design to have the player join the Saints as an action within the game, to contrast you from being a bystander to a part of something bigger.