Hello everyone, I call myself b800047 (how original i know lol), and I kid you not when I say I've tried searching and testing other Reshade presets to try and revive my experience I've had with Saints Row 2. Some have sort-of altered the theme, or at least the color scheme of Saints Row 2, but none have really balanced out how certain things turned out without being too colorful (saturation/vibrance), too bright (bloom), or have steered too far off from its original essence (cool/warm/color filter temp). Maybe it's because of my particular tastes (or personal insanity) that has led me to try and take this into my own hands and try to restore its former glory without losing its original charm (more or less). So here's my preset of Project Zer0 - Saints Row 2. 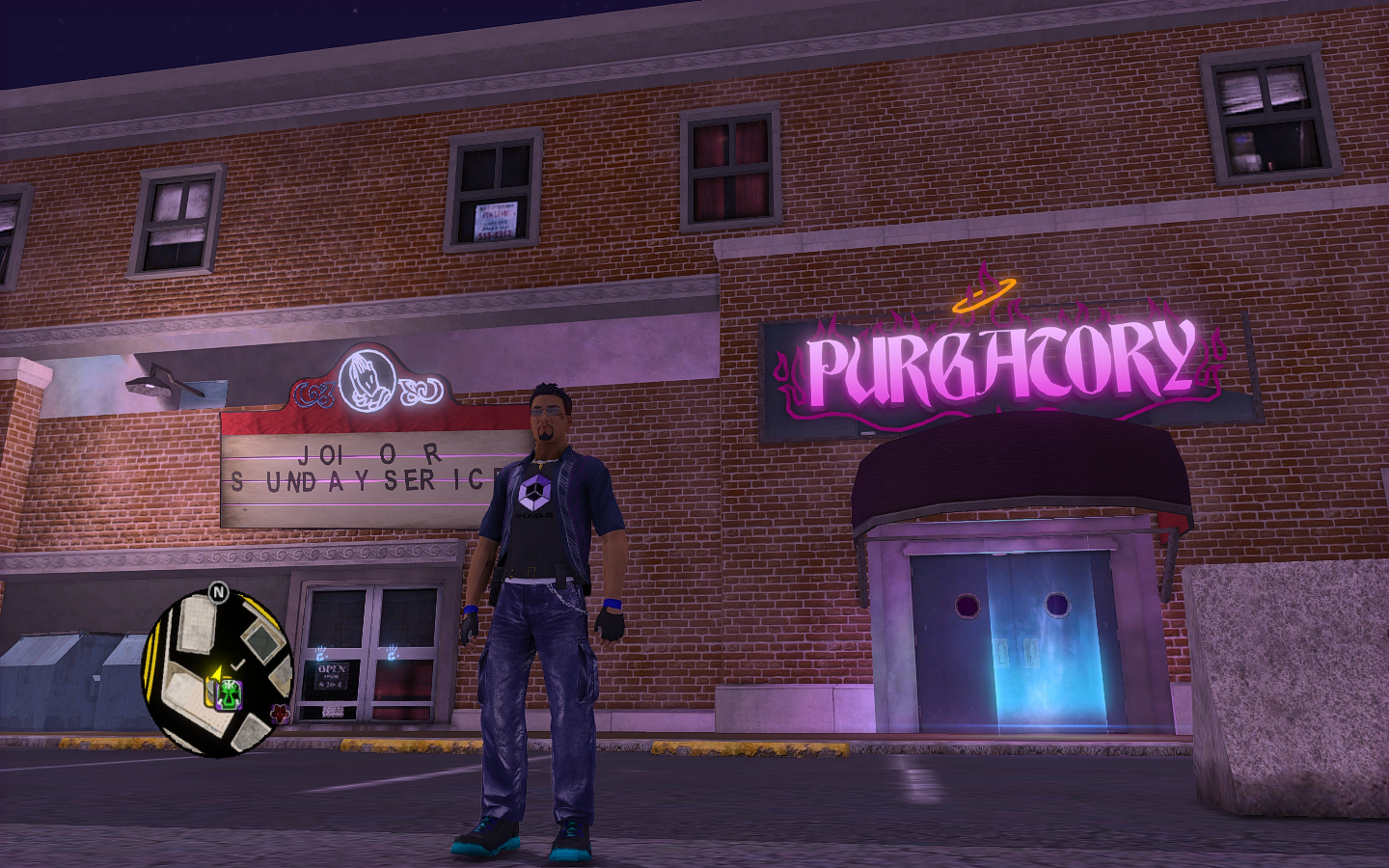 This preset was made using ReShade (ill leave links so dont worry), but the file includes the ReShade itself as well as MANY other fx to toggle/change values at any time (just make sure to make a backup first and only test out other fx ONE AT A TIME or YOUR PC WILL CRASH)

a LOT of visual effects to choose from...(plus each effect have variables to alter more effects TO your effects...inception with effects lol) 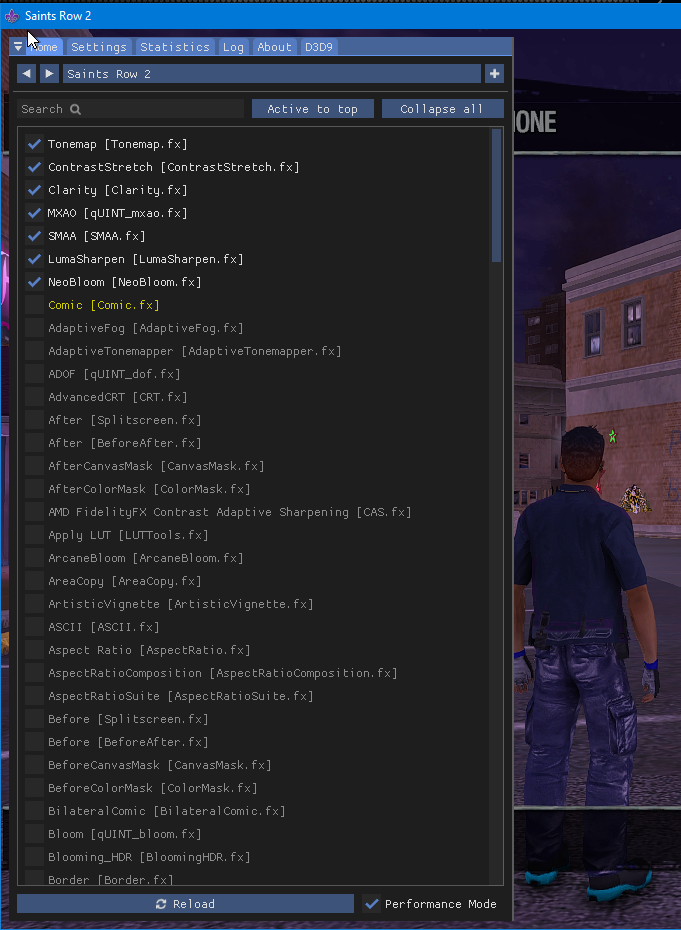 Now...on to the basic features as to what this enhances...ish (dont worry ill add screenshots to give a better example)
​
Tonemap.fx, ContrastStretch.fx and Clarity.fx (self explanatory and yes these three are essential->saturation/tweaked exposure/contrast/clarity):

OFF / ON​
(contrast and clarity may be small changes but believe me when i say they are worth it...especially at night and on cutscenes) (*sidenote: you can adjust brightness on Tonemap.fx)
​
MXAO.fx (Ambient Occlusion basically to add depth and detail to corners...the game has it but seems dirty with a strange aura)

OFF / ON​
(*sidenote: can be seen through certain textures/mission complete ui...can't do anything about it...i tried )
​
SMAA.fx (or Subpixel Morphological Anti-Aliasing for short, used to render pixels sharper...i think...)

OFF / ON​
(basically renders things as straight as possible) (*sidenote: the game has this feature and its not much of a difference to this one...unless you're running a BIG resolution, than you got a problem mate lol)
​
LumaSharpen.fx (just sharpens everything to be less blurry)

OFF / ON​
(difference may be small but its there...see them curves lol) (*sidenote: rest in peace to the legend that created GoTR)
​
NeoBloom.fx (adds a neon-light effect to things bright...mostly white)

OFF / ON​
(ive made sure the bloom effect only affects things that are "lit-up" and not BLIND you in the process) (*sidenote: ive undergone through several bloom effects with changes to find the best one and this is closest i can get)
​
Comic.fx (this is optional but it is funny to see if you're a Borderlands fan)

OFF / ON​
(it outlines everything in its vicinity to make it cartoonish) (*sidenote: just look at them shells bro...that's awesome XD)

And that's pretty much it for the most part...if you notice i only turned off and on the fx im showing on each one to focus on what the fx does...the screenshots below are what i see fully with them ON...i know the colors on mine may be a bit off...i dont know if its a weather mod...the hd texture i added or not...but this preset only changes the game's post-processing effect with ReShade...NOTHING ELSE...but other than that guys, i hope you enjoy this preset i made and remember...DON'T F**K WIT DA SAINTS! haha...laters

SCREENSHOTS ​
​
LINKS
ReShade (hated it at first cause it doesnt work for ALL games)
SweetFX presets (i only looked at some of the text to see what fx they used to build my own for ideas)
Revitalized Preset (another one ive tested but felt off about the contrast...mostly cause it was too dam dark!...good for cutscenes tho...)

and last but not least

Saints Row 2 : Shinobu" Fix - Ultra Settings by Squarealex (this preset is the MAIN reason why i started creating my own...some things i actually did like about it...but some things i did not...some fx made it seem like i needed 3-D glasses but its great overall...)

​
only known bug: MXAO can be seen through on some textures/ui....like this... 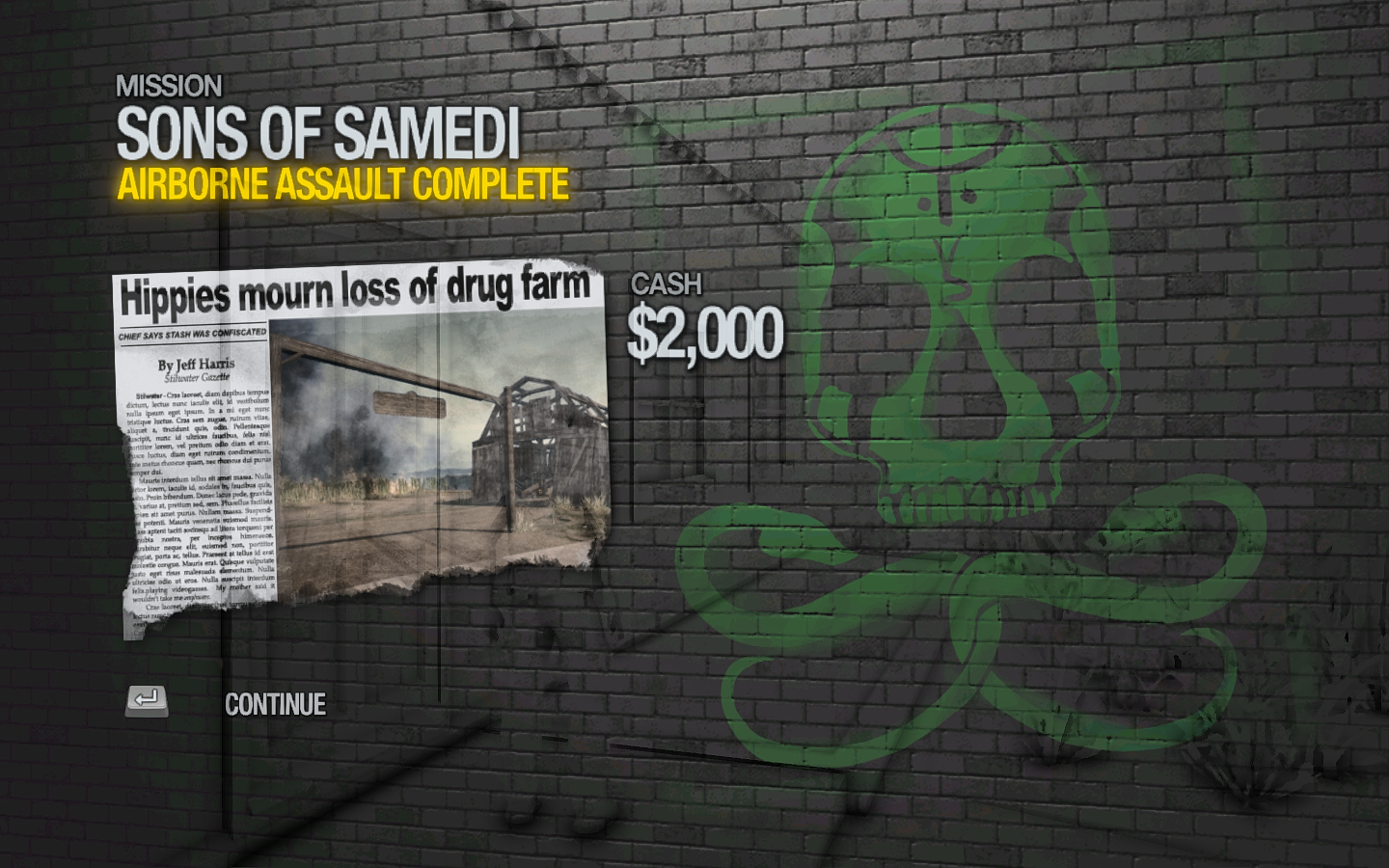 (dont worry its not that bad...but if you have OCD, you're F**KED LOL)

INSTALLATION:
Just download
Extract with winrar or 7zip (or some other 3rd party exe)
And drag n' drop all files to your game's root folder (C:/ or D:/ or some letter all the way to SaintsRow2 folder....where the game's exe is dammit)

RECOMMENDATIONS:
Make sure to turn OFF HDR, ANTIALIASING, ANISTOTROPHY FILTERING AND AMBIENT OCCLUSION under DISPLAY/SETTINGS if using this preset for better results.
Use the game's Depth of Field (DOF), Motion Blur, and other Blur settings since ReShade affects everything ON-SCREEN.
[MOD] Saints Row 2 High Quality Texture Pack by Masamaru
[MOD] New Weapons Textures by spaditagamer

(*sidenote: as i am waiting for the official patch to be released for the pc port, someone advise a certain someone to release their preset since its not guaranteed the new patch will work with reshade...just a word to the wise...)

Laxrow said:
Comic (Effect) Is broken for me how do I fix it?
Click to expand...

mind sharing screenshots? is it broken as in it doesnt show? did you enable/disable it? tweaked something? cause it should look like this more or less... 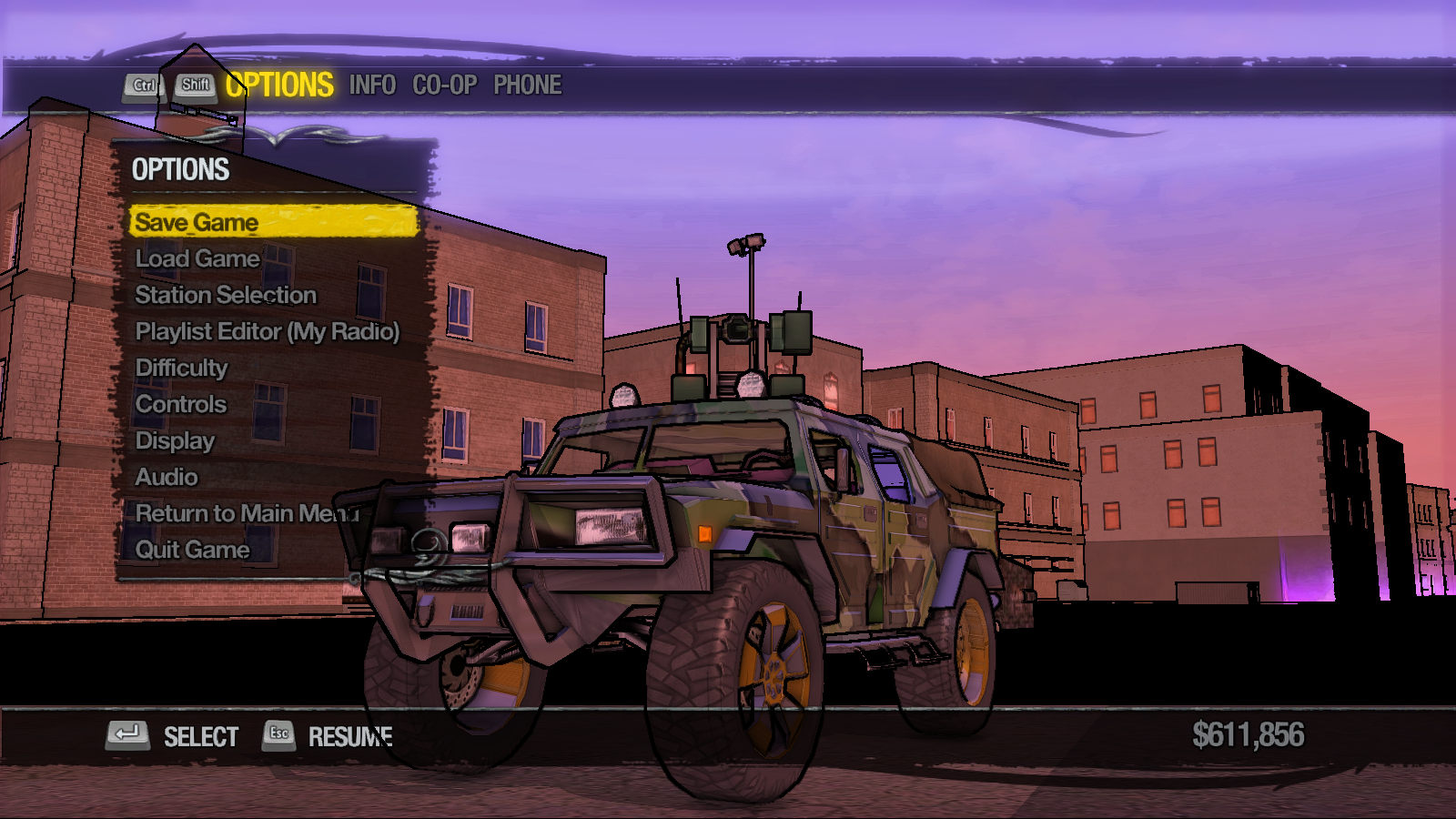 if you notice, Comic.fx is in yellow which means it might conflict with something and may or may not work properly...
you could try tweaking it more to see what works best or use the Cartoon.fx and tweak it to a similar effect more or less...thats why i added it as an optional fx to enable cause it looked cool...other than that i have no further info unless you ask the devs who made the ReShade mod...

Laxrow said:
It's red and says Failed to compile Comic.fx
Click to expand...

that sucks...mines in yellow and still works
you could reinstall ReShade from their website and add my ini preset once its done installing...its not that big of a download...just make sure to apply EVERY fx package otherwise youll be goin back and forth trying to find the fx i have...

Staff member
I have the same problem sometimes so try enabling the effects in the main menu (before loading any saved game)
Please don't send me mod requests.
Twitter | Steam Workshop | Patreon | YouTube