I was just as disappointed when they "killed" Johnny Gat off in the beginning of SRTT.

But, unlike everyone else, I loved the addition of Johnny Tag.

As soon as I downloaded the Trouble With Clones DLC, I chased down Tag, recruited him to the Saints, then had him by my side as we tore the Syndicate apart.

So... To the point... Is it possible to have Johnny Tag as a Homie in SRIV?

Also, could he be edited into the missions as default Homie during gameplay? 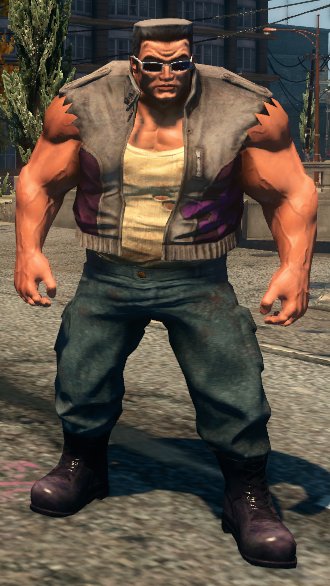 "I'm curious if you can keep your cavalier attitude when 2000 volts are running through your body."

Brute animations were removed from SR4... even if you could replace another npc, it might be buggy or Tposing forever

"hoeward" imported the brute animations to SR4 a while back. Will just need to port in the Johnny tag model using his mod.
https://www.saintsrowmods.com/forum/threads/new-homies.3584/
Link: MLVNRT's Mods List

BeautiDuwanger said:
Brute animations were removed from SR4... even if you could replace another npc, it might be buggy or Tposing forever
Click to expand...