the characters and story take the main spotlight of saints row's criticism, even tho if saints row's quality would b standing with just story and characters 2 a relevant degree, players wouldn't b hving thousands of hours in saints row games, but rather dozens at best..
y? bc that's how long the story lasts 4. i mean sure, u can replay it over and over again, but u'll alrdy know the whole story, so obviously it won't b nearly as exciting 2 u anymore. it's truly baffling 2 me how people focus on the features that last 4 few hours instead of satisfying features that last 4ever, like gameplay, weapons, and customization (which i'd say is saints row's main thing, the freedom of choice, the player's agency).

another criticism is how there's no "sex options". the criticism that the presets aren't called man and woman, but mogul and bruiser, and that figure option is a slider instead of being limited 2 switch. yes, that criticism is about the naming of the presets and unlimited slider, and the fact that sr3/4's character editor (and everything else) being way worse and 4cing male boss 2 look old didn't received nearly as much backlash 4 its limitations, just bc the presets were called male and female only proves how their arguments r "sacrum focused", rather than "substance focused".
ofc there may b an argument that "oh i can't make an asian male bc there's no asian male preset and it's a huge problem", 2 which i say that u can just make the skull shape look older by changing the proportions and there4 turning it in2 a masculine 1, which only requires most basic knowledge of the character editor options and young/old skull proportions.. and if u r somehow incapable of doing that, then u can use 1 of thousands uploaded bosses as ur preset. the point being that the criticized thing doesn't even limit the possibilities, which r the actual thing that matter at the end of the day.
srr's character editor has issues that actually limits the possibilities, like the fact that u can't tuck the shirts in so the belt can never b visible except with few specific clothing combinations, and that u can't change the color of some clothing elements, choose a belt, and change size of individual lip or eye pupils, or not being able 2 wear arm accessories with gloves, which is just an useless restriction. however those issues r rarely focused on by them, bc it has nothing 2 do with their "sacred preset names" and "sacred switch" that needs 2 b included and will not affect the character editor's possibilities (if not even limit them if we replace sliders with switches).
from listening 2 them, i hv a theory that a portion of these people will consider their character 2 b less of their sex just bc of the very existence of possibility of using the slider instead of being limited 2 extremes with the switch and the fact that the preset name isn't hving their "sacred name". it'd prove that they'd like 2 limit the possibilities, the very thing that defines editor's potential, in the name of something fully abstraction focused while criticizing, which would perfectly match with the other points of their critique. if so, they r self aware about it and how ridiculous such reasoning is, as they often use the argument that "character editor is 2 hard 4 me", which is quite difficult 2 believe.


bc of these reasons i feel like the main spotlights of the criticism r not fully objective, but rather induced by nostalgia, the game not sharing their focus on abstraction rather than substance, and irritation 2wards how volition bows down 2 the annoying vocal crowd of hurt snowflakes, even tho neither of these change the actual gameplay. however perhaps i'm missing something, in which case please enlighten me.
please feel free 2 share all of ur thoughts on what i said, points that i could've missed, and criticism of ur own here. all opinions r welcome and up 4 discussion here. 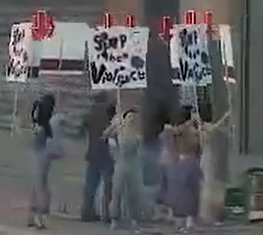 The main criticism I consider invalid is anything that attempts to highlight the game as "Woke, SJW, political" nonsense. Those buzz words are typically used by people who literally have no understanding of the franchise from SR1 to SRR. Or they're trying to live some sort of gangster fantasy life that they can't live in real life because they're really not about that life.

There's very valid criticisms about the customization like advanced sliders being missing or clothing colors being off, I'll even give them the boob slider one as a freebie. HOWEVER, the whole "there's no race or gender option" is stupid because that section of the character creator is a mix of SR2 and SRTT, and it takes more from SR2 than anything, the only thing missing is the preset for race and gender which is pointless because the systems are virtually the same. The community has asked for more customization for YEARS and they're worried about the areas that we actually got in and not the areas that we didn't get it in.

However, there's some folks who completely write off the game because "the story isn't good." We know nothing about the story and it just comes off as a reason to hate the game for something we barely know anything about.

Then there's the ones with valid criticism like customization and worries about the world being as alive as Stilwater and the gameplay being good.

I'll Probably buy it to support volition. Just like i got 3 different Steam accounts with al of them having all available SR games + AoM, i even own them on Xbox 360 and Xbox One. That's how much i want to support them. We've seen very little of the game and characters and i don't like much of what i see in SRR to be honest. It really feels like a bunch of generic and unattractive characters. I was not much a fan of SR4 and anything that came after, but SR3 subtly tounched the border of ridulousness while SR4 skyrocketed and crossover to levels of full idiotic, specially the story.

SR2 gameplay was wacky yes, but the story was also very serious and dramatic. The perfect mix of wacky gameplay and Badass story, it was just so refreshing and amazing that it blew my mind. SR3 toned down on the seriousness, it feels more relaxed and the wackyness was raised over a notch, but it was still enjoyable. I see a lot of SR4 in SRR... i remember doing a full SR4 coop session with one of my long time Steam friends when it came out, and after we finished the game i told him that it was sorta cool, but very cringy. And i see a lot of the cringyness in SRR without the little bit of coolness that SR4 had. Specially in the first few trailers and interviews, it seems like most of the characters were created "just because" and specially the boss, she looks... weird. She has those crazy look in her eyes, like she is about to scream... i can't explain it but is just WEIRD.

The enemy gangs look way more interesting than the actual saints. Saint Ileso also looks feels dead and boring for me. But since i'm buying the game i am totally willing to give it a chance. I'm not hating on it just to be a D*ck, but that's most of what feel the more i look at this new game.

I still remember that E3 Power announcement trailer for SR3, the thing screamed COOL and they should had done something similar for SRR instead of those super cringy dev interviews and gameplay reveal.
Do you like other Open World games such as Skyrim? you may want to try my Skyrim mod hosted at nexus:
For Original Skyrim
For Skyrim Special Edition

No i'm afraid they will adding battle royale in the games instead making post game more fun than the classic ones.. but i'm gonna enjoy the games and killing npcs
You can't Never have enough guns, That's my Daddy always said...

pxthighnoobs21 said:
No i'm afraid they will adding battle royale in the games instead making post game more fun than the classic ones.. but i'm gonna enjoy the games and killing npcs
Click to expand...

I mean Saints Row shows no signs of turning into a battle royale like at all. Even then, battle royale games are fun but every game doesn't have to have them.

Beyonce said:
I mean Saints Row shows no signs of turning into a battle royale like at all. Even then, battle royale games are fun but every game doesn't have to have them.

Anything can happen buddy who knows

The valid remarks like ‘Man, the marketing really sucks! They gotta do better!’ then yeah, I agree. They did kind of drop the ball during the first few months after announcements. My grief is that they aren’t gonna allow cheat codes right off the bat. I mean, c’mon, that was a staple of the franchise! What if some of us like breaking the game and creating a stupidly OP/stupidly rich character on level one? xD

I wouldn’t mind a battle royale mode. I mean, sometimes you just gotta fight everyone. xD

But yeah, we’re two months away from the release. We should be getting a blow-out within a few weeks. Hopefully.

TheBlueGuys said:
My grief is that they aren’t gonna allow cheat codes right off the bat. I mean, c’mon, that was a staple of the franchise! What if some of us like breaking the game and creating a stupidly OP/stupidly rich character on level one? xD
Click to expand...

as long as they let the host disable cheats in their coop game. same with fast travel, which can ruin the fun of hving 2 travel thru the city with ur coop partner 2 get 2 some location either in 1 vehicle, or racing there with 2 every time.
Last edited: Jun 24, 2022

j3lly_m3lly said:
as long as they let the host disable cheats in their coop game. same with fast travel, which can ruin the fun of hving 2 travel thru the city with ur coop partner 2 get 2 some location either in 1 vehicle, or racing there with 2 every time.
Click to expand...

I agree with that It should be optional right that fast travel ruin the game... They should put that with Taxi... probably choosing Oppresor or that Vtol to travel fast into the location i marked on the map... In SR2 i can do that with Taxi.


I really need Super Saints back again to make my gangster strong than any police officer
You can't Never have enough guns, That's my Daddy always said...