i dont understand whats the problem about they using the same cars from the first one but even tho they did, it still shows that they made more than 62 new cars in less than 2 years from the scratch and the new dev team only made 80+ game in 8 YEARS.
Click to expand...

I just want you to know I'm saying this as respectfully and as non-combative as possible, but to be fair you have to admit that developer cycles get longer as systems evolve over time. The cars this time around have more detailed interiors and expanded customization options than the previous Saints Row games. So it takes longer to model all of those assets with them having more detailed meshes.

Are you high brother? Even npcs react to you based on your gender in Sr2 what are you talking about?
Click to expand...

You're both right here. However, SR2 just had a preset system in place the reboot just removed those presets to give the player more freedom. If you do end up playing the game I did make my own presets for the community to use in case they needed a starting point in the reboot's customization. 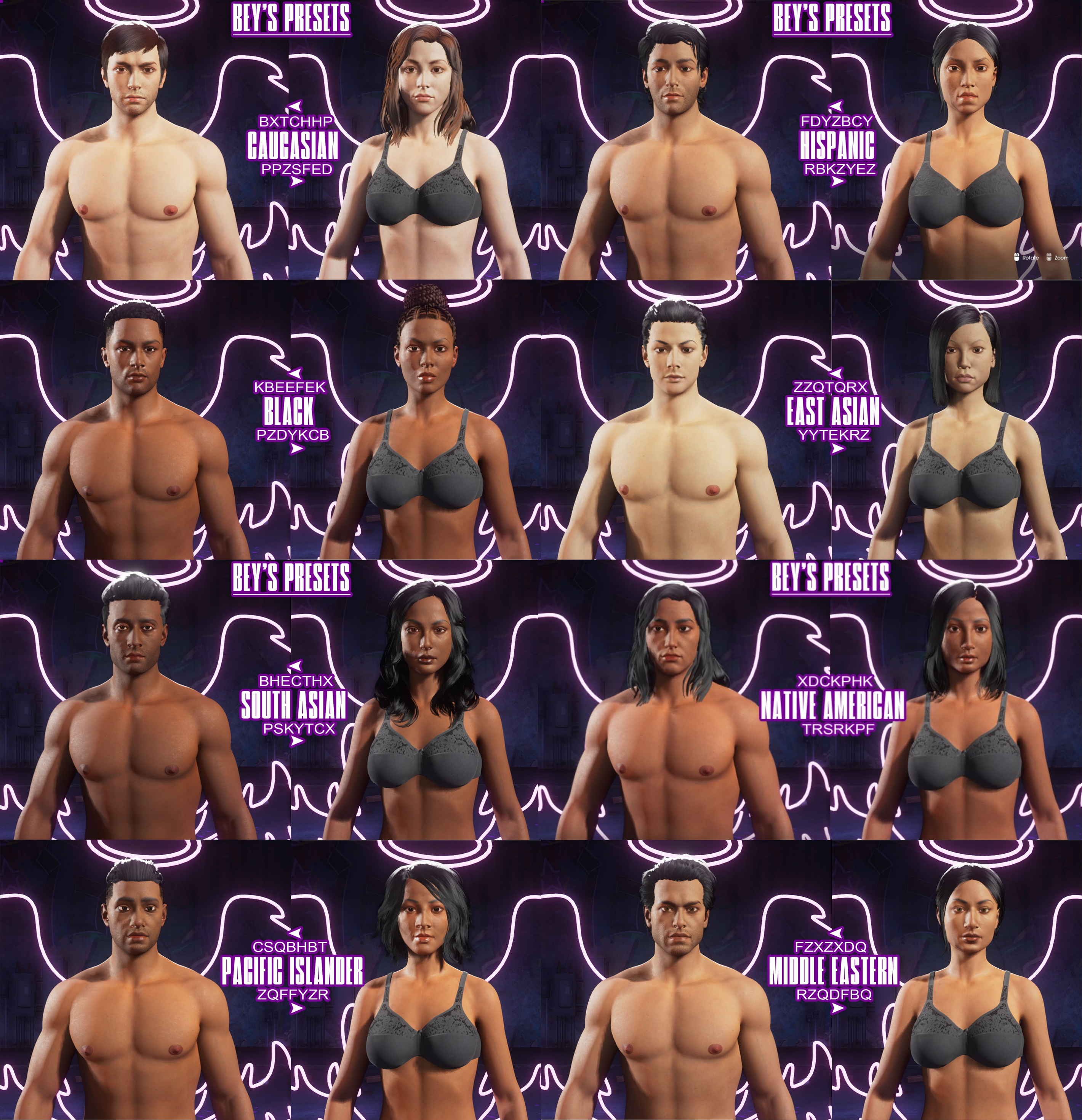 I think he was referring to your earlier point about animations. They preferred to have more animations for the world, NPCs, taunts & compliments, vehicles and things like that, so they had to sacrifice gun animations for that because then each gun, weapon mod, and visual mods would take up more memory. So that's why Mega said that keyblade just reuses the baseball bat animation.

CHİKO01 said:
first two Sr games with all the gang aesthetics like playing as a real gang leader
Click to expand...

With the gang aesthetics point you made, I want to ask you two fair questions.

After Saints Row 1, do you believe that the developers wanted to allow the player to make the decision on what gang they wanted to run?

If the reboot gave you an option to have a "classic" gang customization option that's the aesthetic you're looking for, would you still refrain from buying it?

(To answer my own question, with the introduction of the gang customization system in Saints Row 2, it kind of hinted that they wanted to give the player more control on what kind of gang they wanted to have. They gave the player the ability to have a gang of Ninjas, Pimps and Ho's, 80's theme etc etc.)

Stilwater with one 'L'

Stilwater with one 'L' said:
anyway we could maintain respect in the thread and continue enjoying talking about the game
Click to expand...

Agreed, I definitely don't wanna fight. I'm just trying to be more understanding and I hope that is reciprocated.

i dont understand whats the problem about they using the same cars from the first one but even tho they did, it still shows that they made more than 62 new cars in less than 2 years from the scratch and the new dev team only made 80+ game in 8 YEARS.
Click to expand...

Do you actually non ironically think they spent 8 years making this game? Jesus fuck... You're really undermining how much work goes into making video games and it shows. Its barely 4 years in development and you're undermining how of the delay is actually used to add new assets in.

Are you high brother? Even npcs react to you based on your gender in Sr2 what are you talking about?
Click to expand...

Nope, you could never. You could only change your sex but never your gender. You can still swap your sex in SRR by pulling a slider... or picking a female preset lol. Its not rocket science, yall are just choosing to be cranky because new = bad

CHİKO01 said:
first two Sr games with all the gang aesthetics like playing as a real gang leader
Click to expand...

You literally said you're playing first two games as a REAL GANG LEADER lol, you're not a gang leader in SR1. Also how is voodoo magic (Samedi) and military corporation (Ultor) "gang aesthetics" lol

If you liked previous Volition games, not only SR1-2 you will enjoy it too. I'm presonally not super hyped but will definitely pre-order it soon.

That's a great idea buuut I have a feeling we will see some of the old cast. Hope as a reference/easter egg only.


The more customization options the better. I'm still sad there's a lack of sliders but I'll get used to that.

Stilwater not Steelwater btw but yea, I agree. We already got Stilwater in 2 games, Steelport in 2 games so having a new city is a great thing and if I want to visit previous cities again I can simply launch previous games, unless they give us some map modding tools.
Click to expand...

oof yeah going back and reading what i wrote i feel stupid i was half asleep half awake and couldnt rember how it was spelled. Im personally hyped for this game. its a seriously small thing but just the fact that there is a element from a game of disneys in a different ip makes me happy. Kingdom hearts isnt the type of gamer you see used in other media. Nowadays sure its becoming more and more used but for it to be in a game like SRR is amazing

Beyonce said:
Personally, I'm just glad they're channeling more of SR2 into it ESPECIALLY in the story. People can shit on SRTT and SRIV all they want, but they did allow you to go on crazy rampages, the same can be said for two but with less crazier weapons.
Click to expand...

If you ask me it seems some of the weapon choices will be a welcome addition. having a shotgun disguised as a umbrella or a rocket launcher disguised as a guitar case, really opens the door to play different characters(Terminator, Penguin, Sora, etc)

Stilwater with one 'L' said:
with one 'l' b*tch

Yeah i feel stupid now. I was half asleep and forgot how it was spelled and truth be told used to no one reading what i write lol so criticism is welcome lol

Stilwater with one 'L'

SHADOWSAINT303 said:
Yeah i feel stupid now. I was half asleep and forgot how it was spelled and truth be told used to no one reading what i write lol so criticism is welcome lol
Click to expand...

it´s just a reference to an in-game billboard, it was without any bad intentions at all my bad

CHİKO01 said:
Even npcs react to you based on your gender
Click to expand...

I can actually confirm this is not true.

I tested this theory, and the npcs react differently to the voice, not the gender/sex of the character.

How did I test this?

I gave a male character a female voice. The npcs referred to my character as female

In SR2 by the way. But I think the same rule applies for SRTT & SRIV
"I'm curious if you can keep your cavalier attitude when 2000 volts are running through your body."

Honestly i just care about the gameplay than Follow the story thats all...people probably making more female character in this game since they have great hairstyle like Tuppence middleton in sense 8 i saw that like this 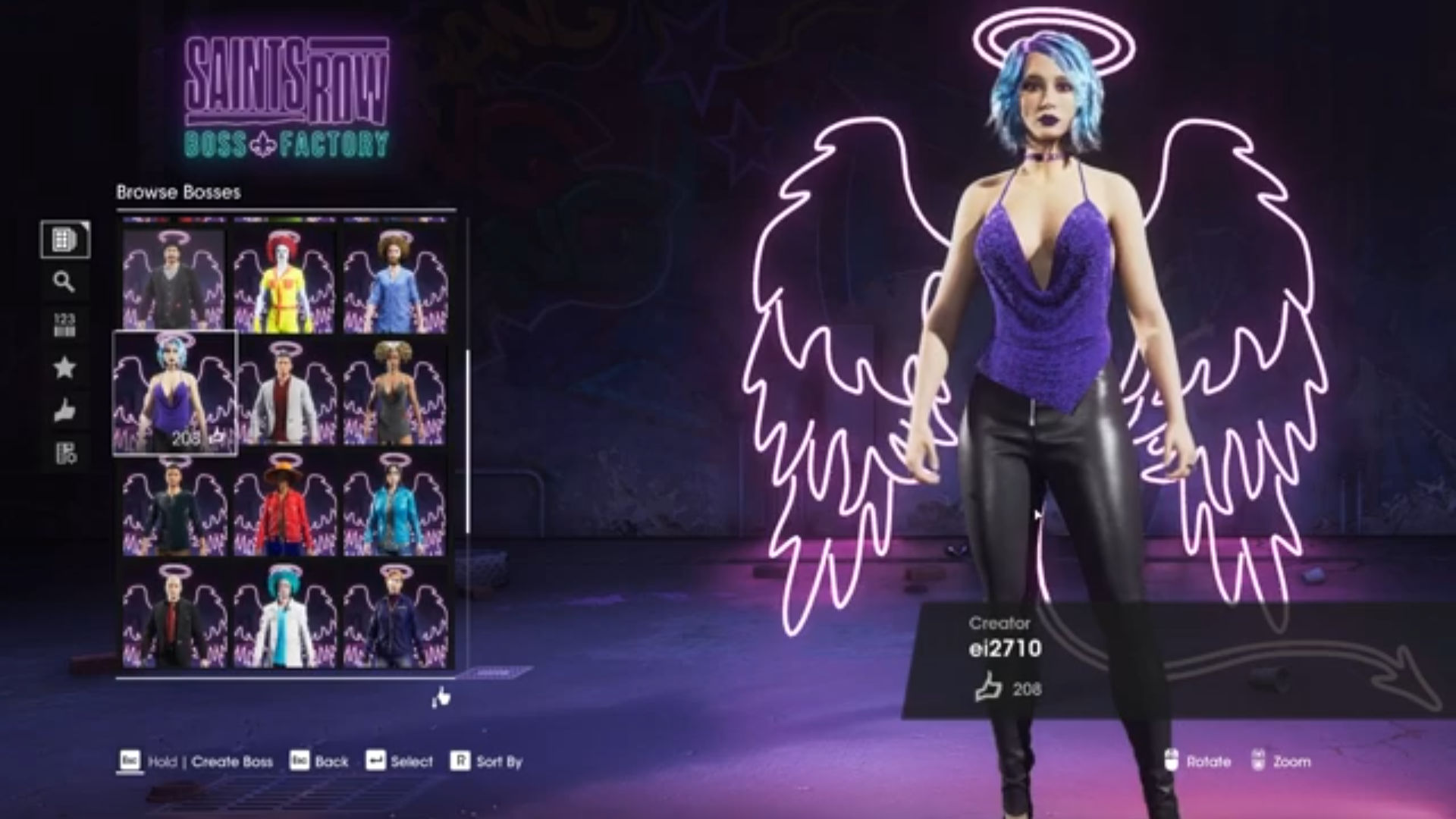 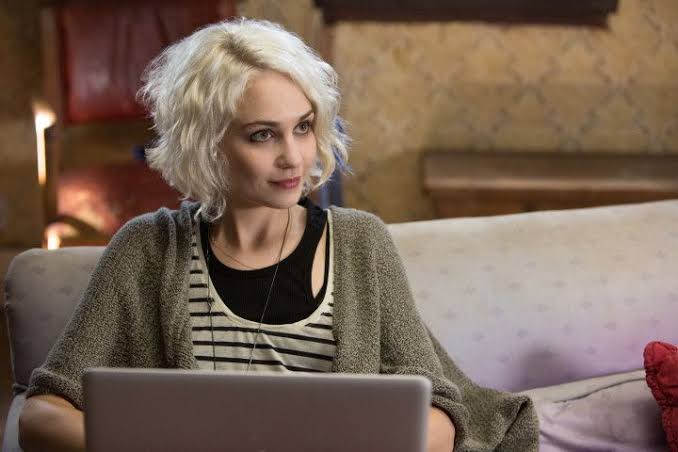