So, first time I launched the game after updating it to build 1056520 I got crash at loading screen. After removing all mods game launched but my clothes have been reset (I spawned in panties and bra, just like at Image as Design) and game crashed when I tried to go to the main menu. Then I installed all mods except nude ones and again, game launched but clothes have been reset and it crashed when I tried to go to the main menu... After I applied nude mods, game crashed at loading screen, just like the first time.
Everything worked properly with previous builds so something is definitely wrong... Though it's kinda weird. It just looks like the game doesn't load character data properly and nude mods started crashing for some reason. And I have no idea why it crashes when going to the main menu from pause screen.

EDIT: Tested it a bit and... Yeah, whole clothing system is completely broken.
Last edited: Apr 5, 2016
Click here for a full list of my mods, fixes and all other stuff I've released.
Ask me for permission if you would like to use my mods as a base for your own ones (although I allow to include them in mod packs without my permission as long as you'll credit me and other co-creators, you're not going to introduce any custom changes and you'll take responsibility for keeping it up to date). If I didn't respond to your permission request in 6 weeks, feel free to do whatever you want with my work (trust me though, I always respond). The same rules apply to porting my mods to other Saints Row games.
If you would like to upload your own changes or fixes to one of my mods in its original thread, go ahead and do it without my permission (this only applies if you're going to publish them in my original thread, not in your separate one).

Staff member
I don't have any problems.

Opening up more of the customization system to no memory limits.
Click to expand...

No limits, no clothes. 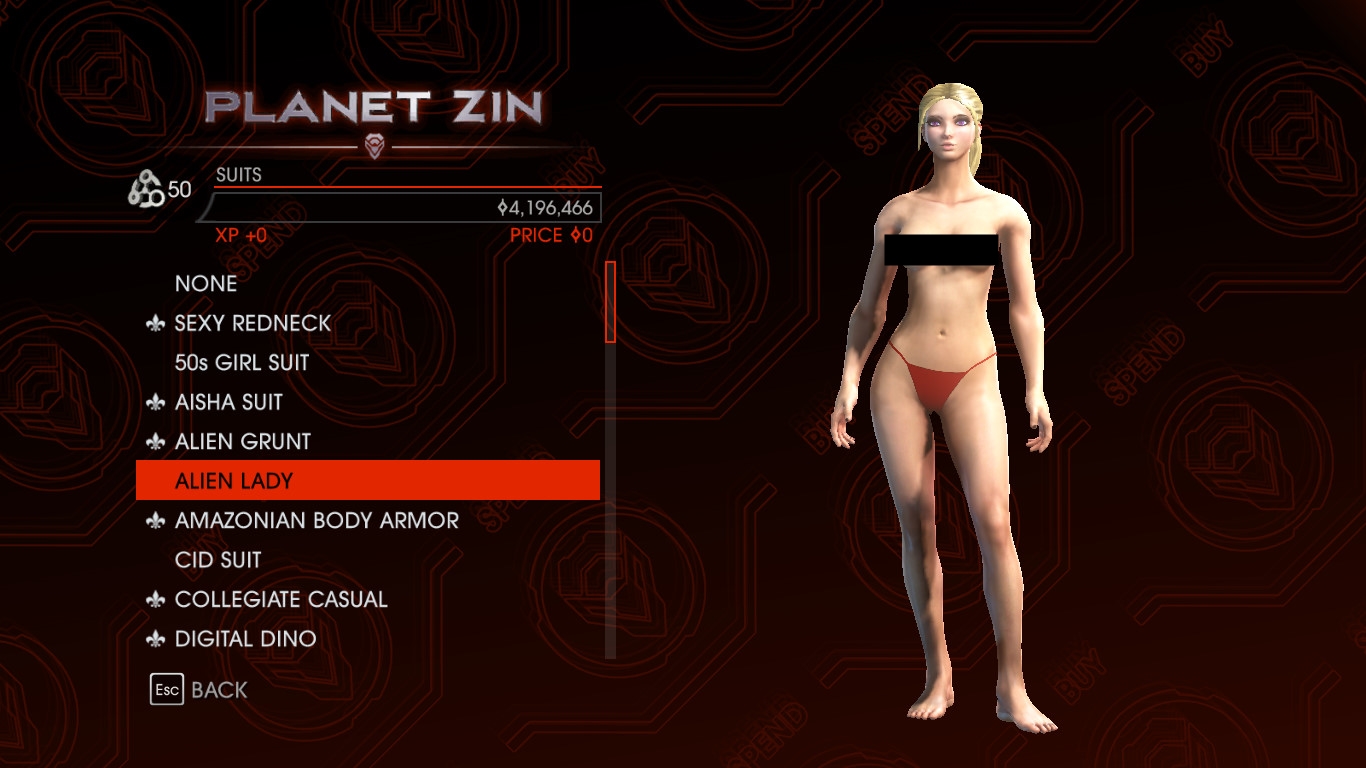 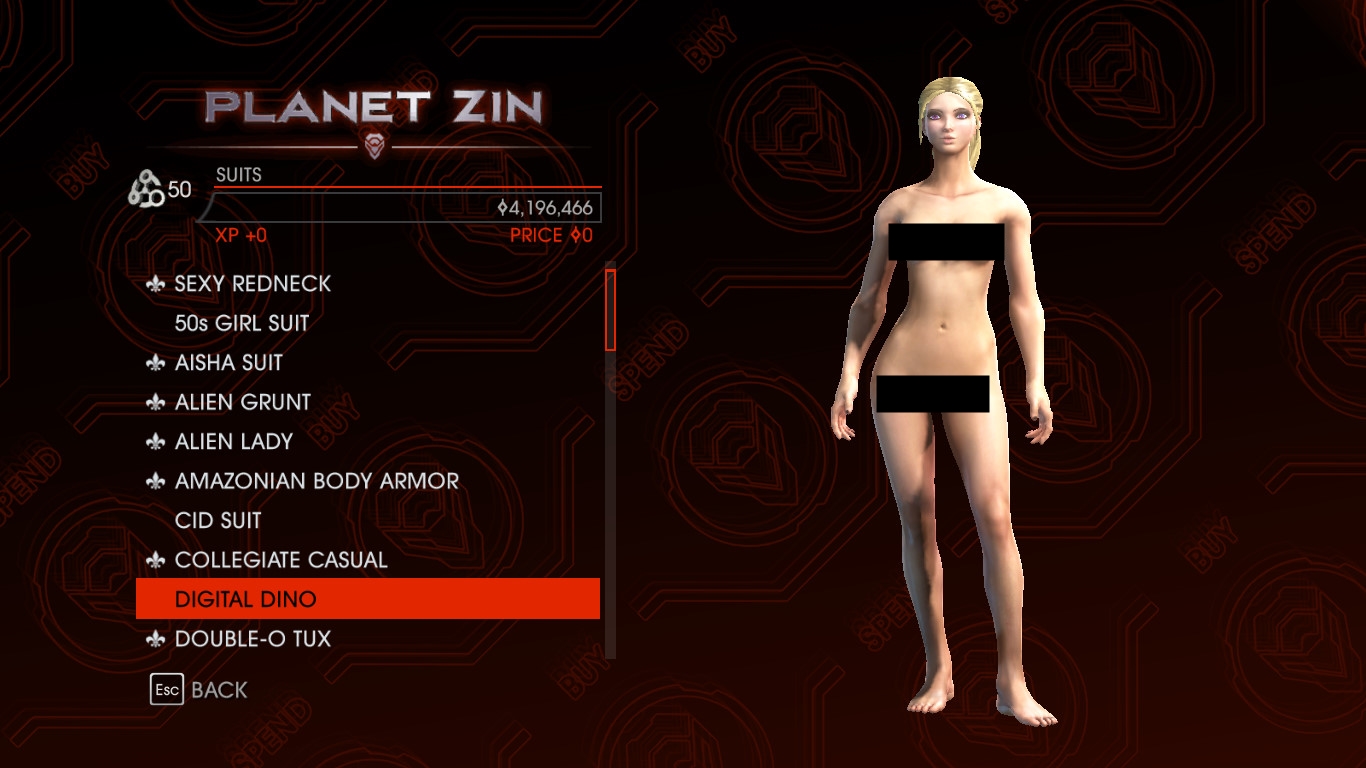 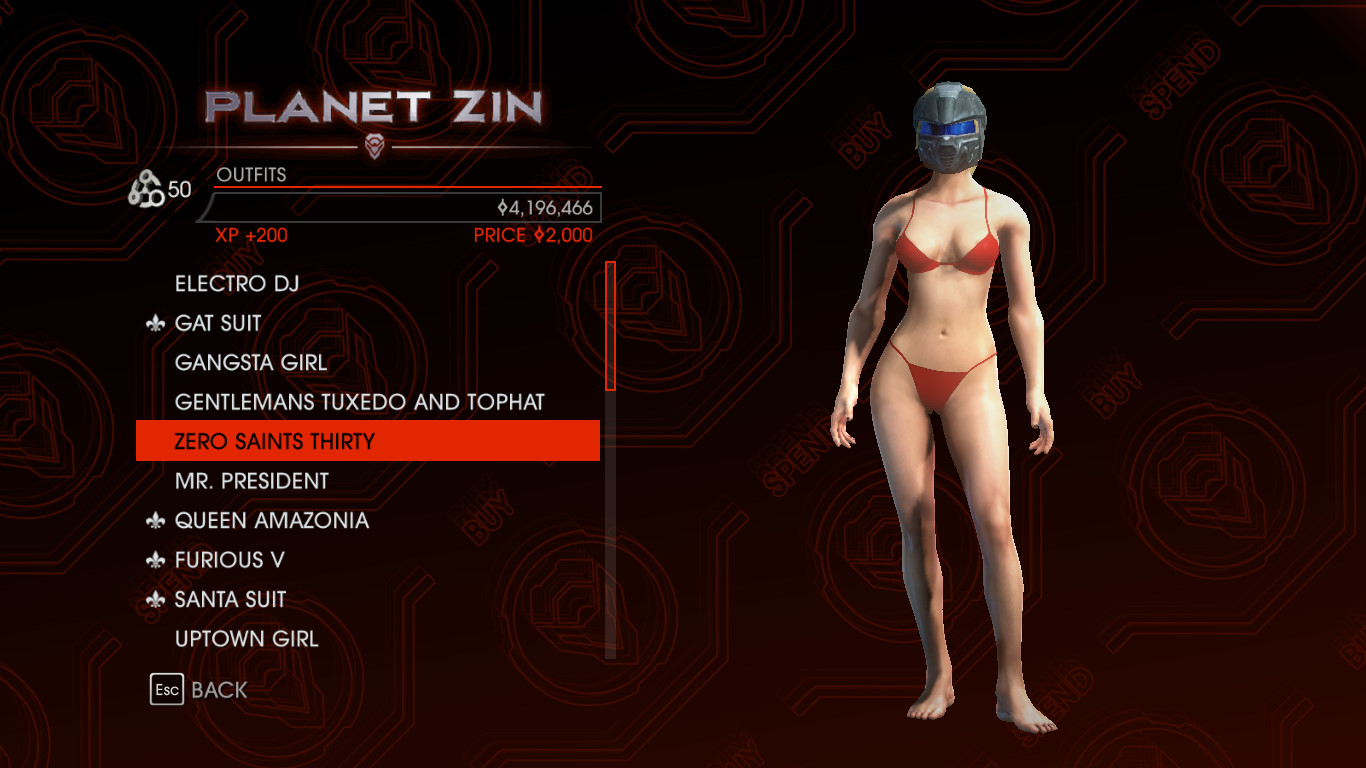 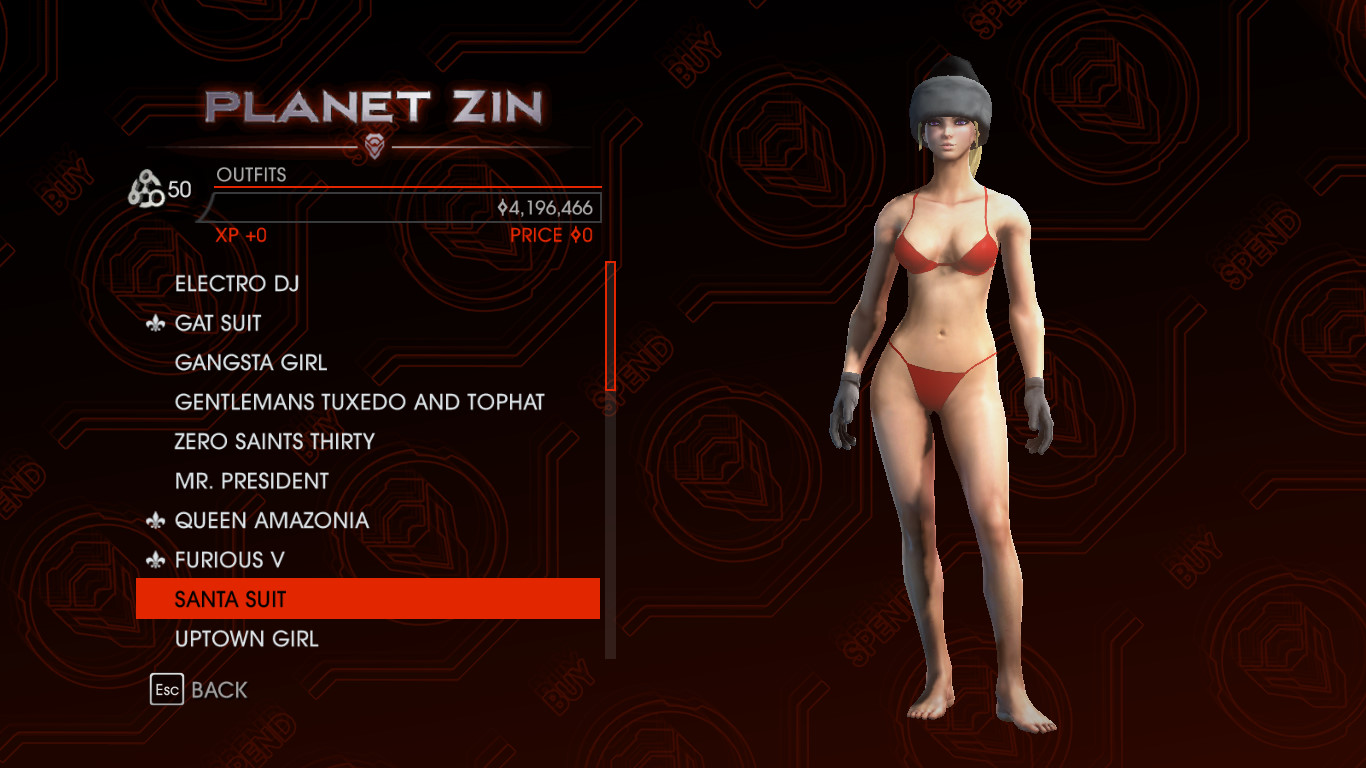 Having this problem as well. Was wondering why I couldn't get past the loading screen. Had no idea it was because a new build. Hm.

EDIT: Sure I had to uninstall all my mods to get the game to work past the title screen but at least I could play. Until I went to IAD and it just exited the game on its own.

Volition Staff
Rolled this build back. Anyone have any .dmp files for me?
- MikeW, Programmer, Volition
Calculating dreams of a generation!

Volition Staff
I noticed the screenshots were all suits and outfits and that led me down the crashes. I'm working on getting these fixed up and a new build out.
- MikeW, Programmer, Volition
Calculating dreams of a generation!

Ah. So is it still not working? I still cant seem to get my game started past the main menu. Is it because of the mods? Do I have to just go without mods until the new build?

Superman said:
Ah. So is it still not working? I still cant seem to get my game started past the main menu. Is it because of the mods? Do I have to just go without mods until the new build?
Click to expand...

I have mods and it's not a problem for me. Game works with this build.
Please don't send me mod requests.
Twitter | Steam Workshop | Patreon | YouTube

Superman said:
Ah. So is it still not working? I still cant seem to get my game started past the main menu. Is it because of the mods? Do I have to just go without mods until the new build?
Click to expand...

I rolled the build back. What buildid are you running when you go to properties, local files on SR4?
- MikeW, Programmer, Volition
Calculating dreams of a generation!