This is a mod to change all the motorbikes handling to make them more enjoyable to ride.

acknowledgements:
to Hobbs for his mods on the bloody cannoness and X-2 Phantom bikes.
https://www.saintsrowmods.com/forum/index.php?threads/sr3-bike-handling-mod.1081/

to rlilewis for his mod on the Kenshin Bike.
https://www.saintsrowmods.com/forum/index.php?threads/kenshin-bike-overhaul.389/

I looked at what they did, liked the principle, and decided to do my own mod based on the following considerations:

So I ended up:


I did not modify other aspects of the bikes, with one exception. I kept rlilewis's change for the Kaneda sound so that it doesn't keep revving through the gears, once it hits max speed.

Like it was mentionned in at least one of the other bike handling mods, I recommand getting Shitface's 'Non-Greasy Motorcycles' mod, which vastly improves the 2 wheel experience by making it more difficult to get knocked off your bike.
https://www.saintsrowmods.com/forum/index.php?threads/non-greasy-motorcycles.497/

I have two different mods, one for nervous handling, and the other for a tighter handling. You can mix and match and decide to pick the nervous version of some bikes, and the tighter version of the other bikes. In the tight version, the bike reacts slower or with less intensity, and you can thus keep your fingers a little longer on the direction keys compared to the nervous version. It is more relaxed, you have more fine control over the steering of the bike.

For those that want to mix and match between my 2 mods, here is a correspondance of the filenames to the bike names:

Thank you! Finally i can have some real fun driving motorcycles using the thight version: tron cycle has the best handling. Now i can't stop driving moto!
G

What are the differences between the nervous and tight handling versions?
G

Malachor said:
What are the differences between the nervous and tight handling versions?
Click to expand...


Mainly, in the nervous handling, the bike is more sensitive to the keyboard input, making it react faster and thus forcing you to briefly touch the direction keys. It is more stressful [ but much less so than the default handling in the game].

Whereas, in the tight version, the bike reacts slower or with less intensity, and you can thus keep your fingers a little longer on the direction keys. It is more relaxed, you have more fine control over the steering of the bike.

Since I published the mods, I played more with both mods and have updated both to version 2. Small adjustments mainly.
G

Another update. I realized I was missing the Angry Tiger bike from the Genki Girl Pack. I had a steam coupon for a SR3 DLC, so I figured, why not.

The Angry Tiger is another 'reskin' of the Bloody Cannoness, same bike properties. So I copy pasted my changes and that was it.

The one thing noteworthy with this bike, is there is a weapon at the front. BUT, it is the flamethrower and it feels pretty useless at high speeds.

Looking forward to trying it out. Nice that you took care of them all.
www.firingsquad.us
R

This was the first mod I tried on this game and it works perfectly! Thank you so much!

Thank you for your outstanding good work on this mod.
We all really appreciate all that you do to make this game so much better. 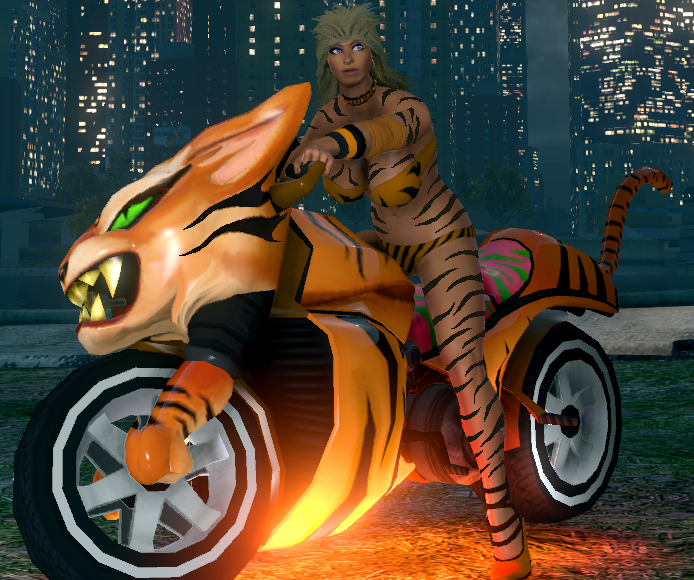 I noticed that ALL of your work is done with a high standard level of excellence. 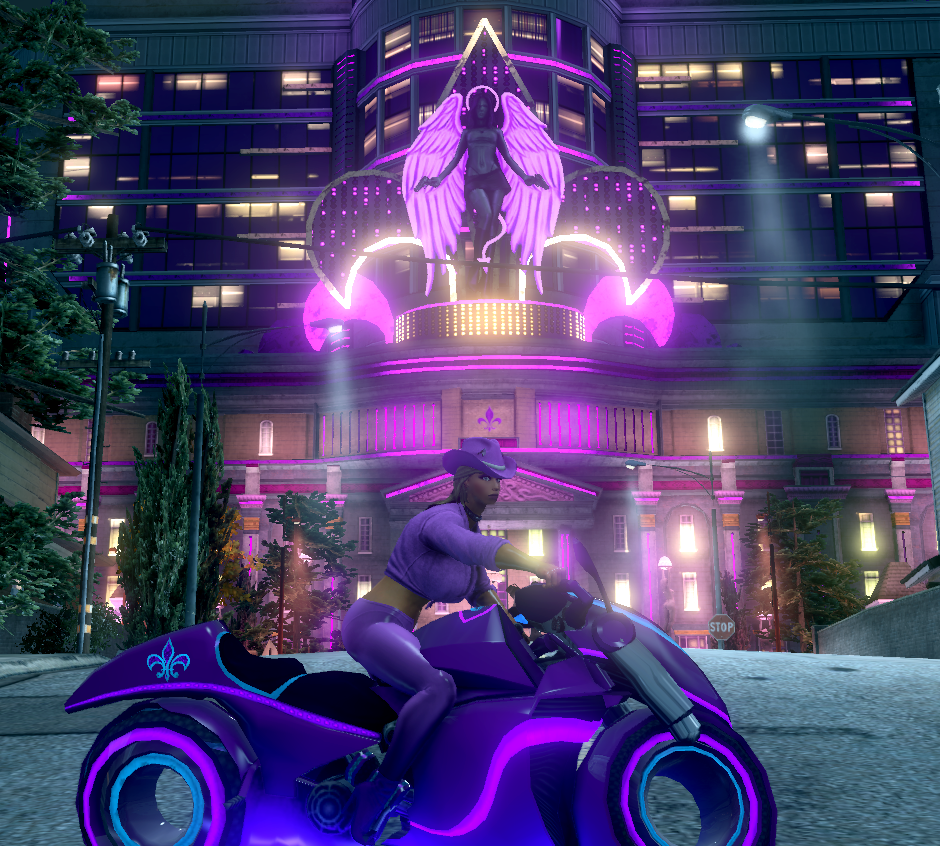 ____________________________________________
Your mind is capable of endless creativity, knowledge and talent.
The human brain is like an infinite hard drive with limitless capacity.
You can learn and accomplish anything if you really put your mind to it.
Check out our FREE Ventrilo voice server for Saints Row Mods here --> SaintsRowModdingVentrilo Info page
You must log in or register to reply here.
Share:
Facebook Twitter Reddit Tumblr Email Link
Top